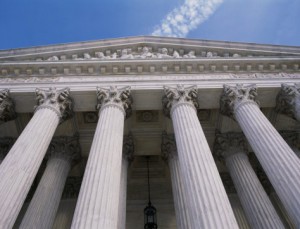 Over the last several posts I have outlined some of the main differences between facing federal and state charges and appearing in federal court. I also addressed the Federal Grand Jury process and federal sentencing guidelines. If you are accused of a federal crime it is important that you speak to a qualified criminal defense lawyer immediately.

Phoenix residents accused of felony federal crimes must appear in court to answer an indictment issued by a Federal Grand Jury convened in your district in Arizona. This panel of 16 to 23 community members called to serve for many pending matters. They hear multiple cases brought by the federal prosecutors, who are called Assistant United States Attorneys (AUSA).

Testimony before the Grand Jury can be compulsory for lay witnesses, and is given in secret. Transcripts of Grand Jury proceedings are sealed. The jury does not hear testimony from defense witnesses, nor is the accused given an attorney. Usually, the agency investigating the charges will testify to their findings. Federal crimes are violations of U.S., rather than Arizona law, and are most frequently investigated by federal agencies, such as the FBI or Department of Homeland Security (DHS). There are times when federal agencies work with local police, such as the Phoenix Police Department and Maricopa County Sheriff’s Department.

Common federal crimes include drug trafficking, kidnapping across state lines, mail or internet fraud and major financial crimes such as insider trading. Federal agencies (DHS and the United States Post Office (USPS)) also do investigations into child pornography. It is imperative that if you are aware you are under investigation for a federal crime that you legal advice from a lawyer experienced in federal practice. If you or someone you know ordered child pornography deliverable by US mail, you may be under investigation already.

You are required to appear in court once the Grand Jury issues an indictment. Federal courtrooms are very formal and you should look and behave your best. It is also important, as with any court appearance, that you leave the judge and prosecutor with a good impression. This will aid in negotiations and if necessary, future sentencing hearings. Federal sentencing guidelines are complicated and leave minimal room for judicial discretion. There are only two types of sentences, probation or prison. Probation includes supervision by the probation department and a long list of requirements and conditions. Failure to complete requirements or violations of conditions can lead to a prison sentence. Prison sentences may have a minimum and maximum. The judge will review the probation report prepared after your conviction and consult the federal sentencing factors to decide which term is appropriate in your case.

Navigating the Federal Courts is complicated and requires special expertise. I handle cases in the Arizona Federal Court system and can assist you. Contact my office to speak with an attorney today. Our firm represents people in other Maricopa County cities such as Mesa, Glendale, Scottsdale, Chandler, and Gilbert as well as Pima County residents in Tucson and others throughout the state.