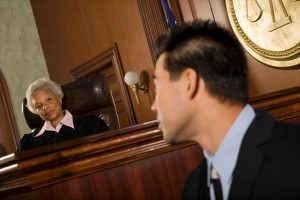 This is the third post in my series on defending against violent crime allegations. My last post discussed the fact that Courts take a harsh stance agaisnt violent crime. When someone accuses you of a violent crime such as an assault, rape or homicide then it is important to explore all possible avenues for defense. Eyewitness identification leads to a large number of convictions each year. Research indicates that eyewitnesses are unreliable and therefore identification procedure must be as impartial as possible. There are a few ways to challenge identification in court. Your attorney will discuss in detail the procedure the police used to identify you. If the procedure is overly suggestive you may be able to exclude the identification from evidence at a jury trial.

There are a few ways you may be identified after someone is victimized or witnesses a crime. A witness might see you in person or in photographs. If the circumstances under which you are identified confirm for the witness that police believe you are the culprit then that identification may not be allowed as evidence. For example, if you are a six-foot tall man, placing you in a lineup of five-foot tall men is essentially singling you out. Similarly, if you have distinctive facial hair and your photograph is placed in a line-up of clean-shaven men, the procedure is flawed and may be excluded from evidence.

Sometimes police bring victims or witnesses to locations where they are holding a suspect. Often times the suspect will be alone (except for police), handcuffed, or sitting on or near a police vehicle. All the surrounding circumstances of the crime will need to be analyzed to decide if the identification process was overly suggestive. It is important that you did not stand out from the crowd, so to speak, and that it was not obvious to the witnesses that the police wanted them to choose you.

All of these intricacies are reasons it is important to consult a qualified, experienced Phoenix criminal defense lawyer to handle your case. Contact my office for a free consultation with an attorney today. Our firm also represents people in other Maricopa County cities such as Mesa, Glendale, Scottsdale, Chandler, and Gilbert as well as Pima County residents in Tucson and others throughout the state.