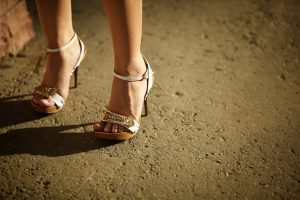 This is the second post in my series on the handling of solicitation cases in Phoenix, Arizona. My last article provided an overview of topics I will be discussing and stressed the need to contact a criminal defense attorney after being arrested. It is important to contact counsel immediately so that he or she can begin determining whether your rights were violated. In this article I will discuss another important topic – dealing with search and seizure issues which stem from law enforcement’s violation of a defendant’s rights. If you have been arrested then contact counsel immediately.

Police officers cannot stop a person on the street simply because they want to. Under Terry v. Ohio police may only stop a person if they have “reasonable suspicion” that one is engaging in criminal activity. Such suspicion cannot be based on a “hunch” and must stem from facts which give an objective belief that someone is doing something wrong. If police stop someone without the requisite suspicion, and an arrest ensues, then the person can challenge the stop as a violation of the Fourth Amendment. It is important to understand how these rules apply to solicitation cases.

A common fact pattern for solicitation cases includes a car stopping to talk to a woman who is repeatedly walking up and down the same street. If officers were to witness such behavior then, based on their training and experience, and Court would almost certainly find that they had suspicion to stop the driver for suspicion of solicitation. If, however, police simply saw a man standing and speaking with a woman on a street corner then this, in and of itself, may not give officers reason to stop a person. While these differences may seem minor they make the difference in whether an arrest is thrown out of Court.

It is important to understand that a dismissal may include other charges which stem from the stop. If, for example, a defendant stopped for solicitation was also found to be in possession of drugs then excluding the stop would also result in any evidence found being ruled inadmissible. This would likely lead to a dismissal of the drug charges.

If Phoenix police committed an illegal seizure then the first step is to file a Motion to Suppress with the Court. A hearing will be held at which the officer will testify. The officer will be examined by defense counsel. Upon conclusion of the hearing, if the Court finds that the stop violated the Fourth Amendment, then the charges would likely be dismissed. This is a complicated area of law and experience counsel should be consulted when determining whether or not to file a Motion with the Court.

Contact my office today to speak with a lawyer. We also represent defendants in other Maricopa County cities such as Mesa, Glendale, Scottsdale, Chandler, and Gilbert. We also assist Pima County residents in Tucson.