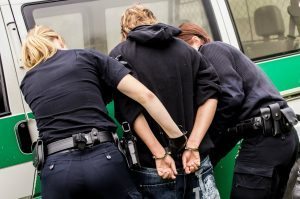 This is the third post in my series on the handling of burglary charges in Phoenix, Arizona. My last article discussed the consequences and penalties for burglary. It is important to understand both the nature of the charges as well as the potential penalties you face. In this article I will address another important topic – how search and seizure issues impact such cases. I cannot stress enough the fact that you should contact a criminal defense attorney immediately if you have been arrested.

The Fourth Amendment to the United States Constitution protects all people from “unreasonable search and seizure” by law enforcement. Under this rule, police may not stop a suspect unless they have “reasonable suspicion” that the person is engaging in criminal activity. Terry v. Ohio. This means that police cannot stop someone simply because they “look funny,” because of their race, or because of a hunch. If someone is confronted by police, without reasonable suspicion, then any evidence recovered by law enforcement during the confrontation may be excluded from Court proceedings due to a constitutional violation. Depending on the nature of the charges, the exclusion of evidence can mean the dismissal of a case.

It is important to understand how the Fourth Amendment’s protections impact burglary cases. Say, for example, a Phoenix defendant enters a building with the intention of selling drugs and, while inside, they are unlawfully stopped by the police. They would likely face drug related charges as well as a burglary charge. If the drugs were excluded from Court, due to a Fourth Amendment violation, then the drug charges would likely be dismissed as a narcotics crime generally cannot be proven without narcotics. Since the crime for which the defendant entered the building would likely be unprovable, the fact that the defendant entered a building with the intention of committing a crime (burglary) would also be unprovable.

Whether or not the police violated someone’s Fourth Amendment rights can be complicated legal question. If you are charged with burglary, and believe that law enforcement acted inappropriately then it is important that you contact a defense attorney immediately. Counsel will analyze the evidence, determine if your rights were violated, and will file any necessary Motions if a violation occurred. This is not something which should be considered a “do it yourself project.”

As a Phoenix attorney I assist those facing burglary charges. Contact my office today to schedule an initial consultation. I also service other Maricopa County cities such as Mesa, Glendale, Scottsdale, Chandler, and Gilbert as well as assisting Pima County residents in Tucson.