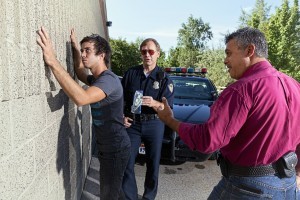 This is my third post in my series regarding defending against heroin related charges in Arizona. My last post discussed how seriously Phoenix Courts take cases involving heroin. In this article I will address another important topic – how to proceed if the police violated your rights in such a matter.

In order to arrest you or search your person, home, automobile or other space within your control the Fourth Amendment to the United States Constitution requires that a police officer have probable cause. This means that they must have credible information that a particular person committed a particular crime. Often police will try to talk to people in what they call “consensual encounters”. An officer might walk up to you and ask to talk to you. If you speak to the officer, this is a consensual encounter. If the officer can articulate a reason he or she believes you have committed, are going to commit or are currently committing a crime and armed, the officer can perform what is commonly called a “Terry” pat-down for weapons.

Probable cause determinations are very fact specific and it is important that you contact a qualified criminal defense attorney immediately if you believe your rights have been violated.

Consensual encounters are only one way police may initiate contact with you. Other common scenarios involve traffic stops and surveillance on homes and businesses with unusually high foot traffic. Officers may also have information regarding certain local motels or other establishments where people frequently purchase or use illicit drugs. If you are arrested for possession or sales of heroin your attorney will review all law enforcement reports, witness statements, any available audio (for example, 911 calls) or video recordings (CCTV from businesses, traffic cams, etc.) and interview you regarding the events. An experienced Phoenix criminal defense lawyer will be able to tell you whether or not the police conduct was lawful, based on all available information.

If the conduct was not lawful, your lawyer will file a Motion to Suppress Evidence with the court. The prosecutor will be required to demonstrate that the conduct was lawful. He or she will call the arresting officer to the stand in a public hearing before the judge. Your attorney will have the opportunity to cross-examine the officer and put on any necessary evidence. After all testimony, the judge will make a finding as to the lawfulness of the police behavior. If the judge determines the police behaved illegally, all evidence collected after the unlawful behavior will be excluded from use against you. This includes statements you made and anything discovered on your person or within an area of your control.

If you are a Phoenix resident and you have been arrested for possession or possession with intent to sell or distribute heroin contact a criminal defense lawyer immediately. I also service other Maricopa County cities such as Mesa, Glendale, Scottsdale, Chandler, and Gilbert as well as assisting Pima County residents in Tucson.