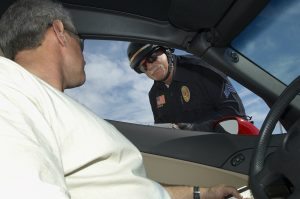 This is the next post in my series on one’s right to remain silent when dealing with Phoenix police. My last article discussed the right to remain silent when dealing with law enforcement. It is important to understand that there are few, if any situations, in which one is required to talk to the police without having a lawyer present. It is also important to understand that you may assert this right even if you feel pressured to speak with the officers. In this article I will be discussing the ramifications of a Miranda violation and how it impacts a criminal case.

The right to remain silent is guaranteed under the Fifth Amendment of the United States Constitution. The Amendment explicitly says that one cannot be forced to be a witness against themselves in Court. The Miranda decision expanded the right against incriminating one’s self to interactions with law enforcement. Under the law you cannot be forced to speak with law enforcement against your will. There are, however, instances in which law enforcement officials violate this right. It is important to understand the consequences of their doing so.

Any statements obtained in violation of a defendant’s Miranda rights can possibly be ruled inadmissible in Court. This means that an officer would not be able to testify that the statement was made and a prosecutor would not be able to introduce any confessions which were taken in violation of the Fifth Amendment. If a case hinges on statements that were made then having such statements excluded from trial may make the difference between a conviction and a dismissal. A Miranda violation, however, by no means ensures that the case is going to be dismissed. If there is other evidence, besides any statements, that the accused committed a crime then that evidence may still be enough for prosecutors to obtain a conviction. Also, if the defendant faces multiple charges then it is important to understand that the Miranda violation may not apply to all of them. In other words, even if the Miranda violation leads to the dismissal of one charge the defendant may still be convicted on other counts.

You may be facing charges due to statements you made to law enforcement before or after an arrest. If such is the case it is crucial that you contact a criminal defense lawyer immediately to discuss your options. Counsel will obtain any arrest reports, copies of confessions, and other documentation. If it appears that a Miranda violation may have occurred then your attorney can file to exclude such statements from the Court proceedings (I will be discussing this process in an upcoming post). It is important that you understand how speaking to the police impacts your situation. Do not wait to retain counsel.

Contact my office today to speak with a Phoenix attorney. I also service Maricopa County areas such as Mesa, Glendale, Scottsdale, Chandler, and Gilbert as well as Pima County residents in Tucson.