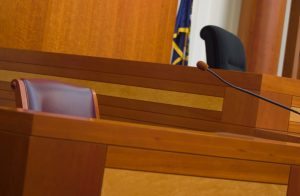 This is the next post in my series on the right to remain silent when dealing with Phoenix police. My last post gave specific examples of how Miranda violations can impact a case. It is important to understand that no two cases are the same and that you should contact a criminal defense attorney if you believe your rights have been violated. In this article I will be discussing the process of requesting that a Court exclude any statements which were collected in violation of the Fifth Amendment. This is a complicated process and should not be considered a “do it yourself” project.

The process of challenging the prosecution’s use of illegally obtained statements is to file a Motion with the Court asking that the statements be excluded from trial. This “Motion” is a written document in which your lawyer will lay out the facts of the case, detail the behavior of the police, and explain how such behavior violated the law. The document will include citations to relevant case law, copies of police reports and other evidence, as well as an affidavit (if necessary). Once the Motion is filed the Court will set a date on which the defense attorney and the prosecutor will argue the Motion in Court. This argument will take place at what is called an “evidentiary hearing.”

The prosecutor will have the opportunity to file a “Response” to the Motion. This Response will include the prosecutor’s argument as to why law enforcement’s conduct did not violate the Fifth Amendment as well as any disagreement they may have over the defendant’s version of the facts. The defendant’s attorney will then file a “Reply” which will address any issues raised in the Prosecution’s Response. An evidentiary hearing will be held thereafter. This is a hearing at which the law enforcement officers will testify and your attorney will have the opportunity to examine them. After the testimony has been conducted the Court will issue a ruling as to whether or not the statements will be admissible in Court.

The process of excluding statements from an Arizona Court is highly complicated. The Motion described above must explain the law and cite to relevant cases. At the evidentiary hearing the Court will strictly enforce the rules of evidence. Retaining counsel who is familiar with this process is critical to your chances.

Contact my office today to speak with a Phoenix criminal defense attorney. I also represent defendants in other Maricopa County cities such as Mesa, Glendale, Scottsdale, Chandler, and Gilbert. My firm also assists Pima County residents in Tucson.