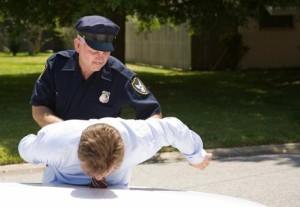 Violent crimes occupy a special place in the public consciousness. What is “violent” is defined state-by-state and punished differently than non-violent crimes. There are special allegations that can be added to increase punishment for these types of charges. The ongoing political debate regarding criminal justice reform leaves those accused and convicted of violent crimes behind. There are no proposed sentencing reforms or plans for early release for people convicted of violent felony offenses. It cannot be stressed enough that you should contact a defense attorney immediately if you are facing such charges.

This is the first post in my new series on defending against crimes of violence in Arizona. I will cover the following topics:

In Arizona offenses are classified as violent even if the violence was only a threat. Common violent offenses include:

“Assault” in Arizona includes both injuring someone and placing them in fear or imminent injury. It also includes touching someone while intending to injure them. If you meant to hit someone, but missed, you can still be charged with a violent crime. If you hit them, but did not hurt them, then you can be charged with a very serious crime if the evidence indicates you intended to hurt them.

Arizona law imposes additional penalties for repeat offenders. The penalties escalate quickly and prior convictions can enhance the base sentence for new crimes. This essentially means you can be punished twice for the same bad act.

If you or a loved on have been arrested for a violent crime, make an appointment with an experienced Phoenix violent crime lawyer at Barber Law Group today. Our firm represents people in other Maricopa County cities such as Mesa, Glendale, Scottsdale, Chandler, and Gilbert as well as Pima County residents in Tucson and others throughout the state.