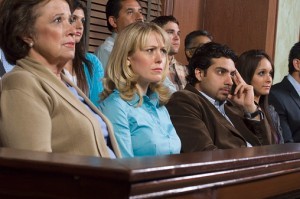 This is the fourth post in our series on charges brought in the United States District Court for the District of Arizona. As we discussed previously Arizona residents must understand the differences between state and federal criminal charges. One difference is that felony charges are presented to a Grand Jury, whereas in state court, a County Attorney can review a case and file charges directly. The Grand Jury will hear and consider evidence presented by the AUSA. Phoenix area residents can then find themselves facing multiple criminal charges after a Grand Jury decision. This means it is important to understand the Grand Jury process.

Federal charging documents are called “Indictments.” Federal felony charges are brought by way of a Grand Jury. The Federal Grand Jury is a panel of 16-23 community members that hear evidence collected during an investigation by one of several U.S. investigative agencies. It is important to know that a witness summoned before a Grand Jury cannot refuse to answer questions about evidence that was seized illegally. Issues of search and seizure must be addressed at a different stage in the process.

The evidence collected by law enforcement will be presented to the Grand Jury. The investigative agency will collect direct and circumstantial evidence and present it to an Assistant U.S. Attorney (AUSA). Direct evidence is that which implicates you in a crime without the need for any additional information. Examples include video or audio recordings and eye-witness testimony. Law enforcement will also collect circumstantial evidence. This is evidence that requires an additional step before it implicates a specific person. Examples include a person’s presence near a scene before or after a crime, fingerprints or other biological evidence at a location, etc. Once the AUSA will convene a Grand Jury once they believe there is sufficient evidence pointing to a specific person. The prosecutor will present the evidence in support of the case.

Phoenix area residents should be aware that the testimony of other people, whether it is true or not, can be evidence against you. Testimony of a single witness can be sufficient to sustain charges. Sometimes it is difficult to understand how you can be charged based only on the statements of other people. We at Barber Law Group understand your frustration and the turmoil being criminally charged can bring to your life and we are here to help.

Federal misdemeanors do not require a grand jury. Such cases, however, are uncommon. This article, therefore, will focus on federal felonies which are charged via grand jury. A Grand Jury is generally empaneled for a number of months and hears many cases. The AUSA will present evidence which the accused is unable to rebut. This means that as the accused you are not entitled to a lawyer or to even witness the proceedings. The jury will hear from lay witnesses, police, any other investigative personnel, and any experts the prosecutor deems necessary. The Federal investigative agency will present its evidence and any other witnesses will testify along with any experts presenting biological, or other technical evidence.

The Grand Jury deliberates and votes in secret after the presentation of the evidence. An Indictment will issue if 12 jurors vote for it. Grand Jury proceedings are sealed. This means you will not know what people said or what evidence was presented to implicate you in a crime. Should it be necessary to gain access to the evidence presented, your lawyer will have to file motions requesting the information be un-sealed.

You have the right to an attorney once you are charged. If you are aware of possible proceedings against you then it is in your interest to retain counsel immediately. Our Phoenix, Arizona based criminal defense firm is here to support you through this process. We also represent the accused in Maricopa County cities such as Mesa, Glendale, Scottsdale, Chandler, and Gilbert as well as Pima County residents in Tucson and others throughout the state.