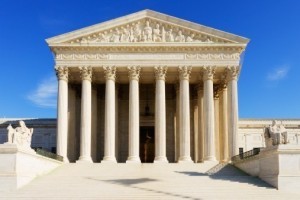 This post continues our series on the handling of federal criminal charges in Arizona. Our last post provided an overview of topics we will be discussing and stressed the need to contact an attorney if you face such charges. It is important to note that you can be punished in both state and Federal Court for the same offense while the consequences in each court may differ. It is crucial that Phoenix area residents immediately retain a criminal defense lawyer if they are charged in the Federal District of Arizona. This post will discuss the process one faces in Federal Court.

State and Federal Courts function differently. First, charges in Arizona Superior Court are initiated by local police agencies. These include the Phoenix Police Department and the Maricopa County Sheriff’s Department. In Federal Court charges often result from an investigation by a federal agency (such as the FBI) but can also stem from investigations initiated local police. State officials file federal charges after making an arrest where the defendant is found to have violated a law of the U.S. government. An example of this may include a person being arrested for a second offense of domestic violence (a state charge) while also having a firearm in their possession (a federal charge).

Second, federal charges are brought by way of an “Indictment” while state court cases are typically filed with a “Complaint.” Indictments are issued after a Federal Grand Jury decides whether charges are warranted. Federal Grand Juries consist of 16-23 community members who hear evidence from the United States Attorney (the federal prosecutor or AUSA). They then determine whether or not to issue an Indictment. Once the Indictment is issued then you will be arraigned and a trial date will be set.

Finally, federal sentencing guidelines determine penalties for federal crimes. These guidelines give Federal Judges less discretion than State Court Judges over the sentence to be given. There are also a higher number of federal crimes which require mandatory minimum sentences. As you can see, if you are charged by the U.S. government rather than Arizona authorities you face a different process. Phoenix residents facing federal charges should consult an attorney who is licensed in the Arizona District Court and familiar with the process.

It cannot be stressed enough that you should immediately retain a criminal defense lawyer when charged in Federal Court. The process is much more formal and rules are seldom varied from. Not all attorneys practice in Federal Court and it is crucial that you retain counsel who is licensed to do so. I handle such matters and am able to assist you. Contact my office today to schedule an initial consultation. Our firm also represents people in other Maricopa County cities such as Mesa, Glendale, Scottsdale, Chandler, and Gilbert as well as Pima County residents in Tucson and others throughout the Federal District of Arizona.