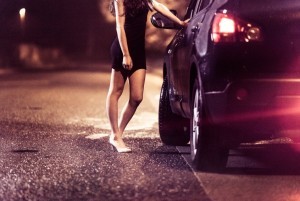 This is the next post in my series on the handling of solicitation charges in Phoenix, Arizona. My last article discussed search and seizure issues arising in solicitation cases. It is important to understand that cases can sometimes be dismissed due to law enforcement’s violations of the Fourth Amendment. If you believe that your rights were violated by the police then you should contact a criminal defense attorney immediately. In this article I will discuss the potential penalties which one faces for a solicitation arrest.

Arizona penalizes solicitation as a Class One misdemeanor. Penalties for a conviction are as follows:

A Court may suspend a portion of one’s sentence after a conviction but the minimum term must be served. In other words, the Court may sentence a defendant to six months in jail but state that the Defendant will serve probation. Such a defendant would serve the fifteen day minimum and then be released. The defendant would then serve three years of probation. If, during the three years, the defendant violates probation then they will serve the remainder of the six month sentence in addition to any time stemming from the new charges.

One convicted for solicitation will also be left with a permanent criminal record. This can make it more difficult to gain employment, to gain housing, or to pass a background check. Also, having a criminal record will make it more likely that one will serve an increased sentence for future charges not involving solicitation.  The potential penalties and future ramifications of a conviction mean that one who has been arrested should speak with counsel before deciding whether or not to accept a plea agreement.

I am a Phoenix criminal defense attorney handling solicitation and prostitution charges throughout the area. I am experienced in dealing with such matters and will make sure that you know what to expect from the process as your case moves forward. Contact my office today to schedule an initial consultation. We also represent defendants in other Maricopa County cities such as Mesa, Glendale, Scottsdale, Chandler, and Gilbert. We also assist Pima County residents in Tucson.