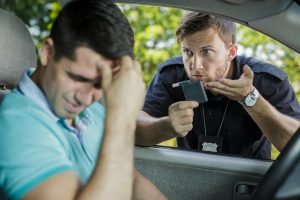 This is the next post in my series on one’s right to remain silent when dealing with Phoenix police. My last post discussed the results of law enforcement violating the Fifth Amendment. It is important to understand that such violations can lead to the dismissal of a case but, whether or not they do, will be situation specific. In this post I will be discussing specific examples of how Miranda violations impact criminal cases. It is crucial that you contact a criminal defense attorney immediately to discuss your situation.

There are many ways in which violations of the Fifth Amendment can change the course of a criminal case. It is not possible to discuss all of the different scenarios as no two cases are truly the same. I will be using this post to provide examples of how a Miranda violation can impact charges involving domestic violence, in cases involving white collar crimes, and in matters involving other violent offenses.

There are many domestic violence cases in which it is not clear as to which party was the “primary aggressor.” In other words, police may not be able to ascertain which party it was that began the altercation. In is not uncommon, unfortunately, in domestic violence cases for law enforcement to believe they know who was to blame and to make the suspect feel pressured. The suspect may then make statements which is against his or her interests and which may also be taken out of context or otherwise misconstrued. If such statements wind up being a basis for the arrest then it may be possible to have the case dismissed if it is shown that police violated the Fifth Amendment.

Another area which commonly involves Miranda violations is that of white collar offenses such as fraud or embezzlement. These types of cases tend to be highly complex and it can be difficult for law enforcement (whether it be Phoenix police or the F.B.I.) to “connect the dots” without statements from the defendant. Such cases often involve law enforcement interviewing a defendant multiple times before making an arrest. It is common for such defendants to interact with police without asking for a lawyer to be present. If it is not possible for the prosecutors to tie together the evidence and prove a case without a defendant’s statements then the exclusion of such statements may lead to a dismissal.

A final type of case which deserves mentioning is those involving violent acts (such as assault, robbery, etc.). Many such matters often hinge on eyewitness accounts. Such accounts, however, are notoriously unreliable. It is a common occurrence for police to be pointed towards a particular defendant by an eyewitness. If the defendant then confesses to the crime then they will likely be convicted. As with domestic violence cases, if the prosecution does not have other evidence adequate to support a conviction, and the confession was obtained in violation of Miranda, then it may be possible to obtain a dismissal.

These are just a few examples of how a Defendant’s case may be impacted by a Miranda violation. If you believe your rights were violated then contact my office today to speak with a Phoenix criminal defense attorney. We also represent defendants in other Maricopa County cities such as Mesa, Glendale, Scottsdale, Chandler, and Gilbert. We also assist Pima County residents in Tucson.