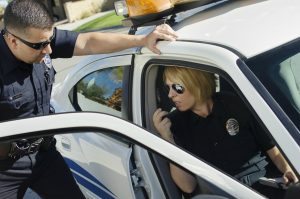 This post wraps up my series on dealing with Miranda violations in Phoenix, Arizona. I felt it necessary to write on this topic due to the fact that many residents are not sure of what options they have after having spoken with the police. My goal with these last several posts has been to provide residents of our area with information which will help them to better understand their situation and to allow them to make an informed choice when selecting a criminal defense attorney. I cannot stress enough that the Fifth Amendment is a complicated area of law and it is important that you contact a lawyer, sooner rather than later, if you have been arrested.

I have addressed several topics over my recent articles. Issues which I have looked at include:

There are several reasons why Phoenix residents should understand these issues. First, many do not realize that they are not obligated to speak with the police. Such defendants then having found themselves having made self-incriminating statements even though they were not obligated to do so. Second, it is important to understand that violations of the Fifth Amendment can lead to statements being inadmissible in Court and, depending on the circumstances of the case, may result in dismissal. Finally, the process of excluding illegally obtained statements is complicated and it is important that you retain counsel experienced in handling such matters.

As a Phoenix criminal defense attorney I have handled many situations in which police violated an accused’s right to remain silent. If you feel that you are in such a situation then contact my office today to schedule an initial consultation. My office also represents defendants in other Maricopa County cities such as Mesa, Glendale, Scottsdale, Chandler, and Gilbert. We also assist Pima County residents in Tucson.