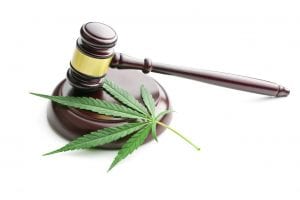 For too long prosecutors have vigorously enforced the state’s marijuana laws, turning many everyday people into convicted criminals, often felons. All of that changed in 2020 when Arizona passed Proposition 207 (“Prop 207”), legalizing recreational marijuana use for adults. However, legalization was only one portion of the new law. This is important for anyone who has ever been convicted of a marijuana offense in Arizona, whether it was a felony or a misdemeanor: Prop 207 allows for anyone who has ever been convicted of certain weed charges to petition the court for expungement of the conviction. The benefits of expungement are numerous, and it is the only crime that can be fully expunged in Arizona. Bretton Barber is a Phoenix lawyer who opened his practice in 2013 with a devotion to helping those set aside their convictions and restore their civil rights. He devotes his practice to vigorously ensuring that those convicted of crimes and have paid their debts to society are able to be full citizens again. He focuses on this area of law so that you may focus on your future. Contact us today to speak with an attorney.

Can I get my Arizona marijuana conviction expunged under Prop 207?

Under Prop 207, three types of charges can be expunged:

The two most common crimes that people were charged with in this list are Possession of Marijuana and Possession of Drug Paraphernalia. However, all of the listed offenses are eligible for expungement. An attorney can help you to understand whether you will be eligible to expunge your conviction.

What are the benefits of expunging my Arizona marijuana conviction?

Prior to the passage of Prop 207, the only way to change how a pot conviction looked on a background check was to ask the court to set the conviction aside. While this brought many benefits, expungement is even more attractive. These are the major benefits to having your conviction expunged:

Prop 207 is incredible in the large number of marijuana convictions that can be expunged and, more importantly, the benefits of the expungement cannot be overstated.

Bretton Barber is a Phoenix expungement lawyer who aggressively fights for those who have been convicted of crimes, paid their debt to society, and no longer want to feel like second-class citizens. After reviewing your case to determine if you are eligible for expungement, Mr. Barber will talk with you about the process. He will answer all of your questions and ensure that your expungement petition is successful. Mr. Barber recognizes how serious it is to have a weed charge on your background, and he will take it seriously. Contact us today.

In addition to Phoenix, we service Maricopa County areas such as Mesa, Glendale, Scottsdale, Chandler, and Gilbert as well as Pima County residents in Tucson.