How Guns And Other Weapons Impact Phoenix Burglary Charges 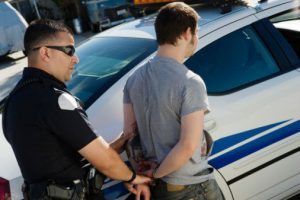 This is the fourth post in my series on the handling of Phoenix, Arizona burglary charges. My last article discussed how search and seizure impacts burglary cases. It is important to understand that it may be possible to gain a dismissal if the police violated your rights. In this article I will discuss the topic of how guns and other weapons impact such cases. It is important to understand that you will face prison time if you commit burglary and use or carry a weapon while doing so. If you find yourself facing such charges then it is crucial that you contact a criminal defense attorney immediately.

Under Arizona law a Phoenix defendant will have committed “First Degree Burglary” if they engage in the offense while carrying a gun, an explosive, or any other object which could cause serious harm. It is important to understand that the weapon need not be used during the crime for First Degree charges to apply. As I stated in my post on understanding burglary charges, it is a crime to simply enter a structure with the intent of committing a crime. This means that simply entering an area, such as a residence, can result in First Degree charges. This is best explained through an example.

Say, hypothetically, that a person carrying a knife enters a victim’s residence with the intention of stealing property. While inside the residence the person becomes afraid to follow through with the act and leaves. The fact that the person did not actually pull the knife on anyone is irrelevant. Simply entering the home while carrying the knife will elevate the case to a First Degree offense. If they are caught by police while fleeing the residence, and the knife is found in the person’s pocket, then charges will be brought simply because they entered a residence while in possession of it.

It is critical to understand the extent to which search and seizure issues come into play during a First Degree burglary case. If the knife is discovered through a violation of the defendant’s Fourth Amendment rights then it may be possible to exclude it from evidence. Without the knife the case may be reduced to a lower level burglary charge and, depending on the circumstances, the arrest itself may be thrown out of Court. If this were to happen then the case could be dismissed.

If you have been arrested for First Degree burglary then you are facing class 2 felony charges and you may be facing up to 12.5 years in prison. Contact my office today to speak with a lawyer. In addition to Phoenix I also service other Maricopa County cities such as Mesa, Glendale, Scottsdale, Chandler, and Gilbert as well as assisting Pima County residents in Tucson.