How Do I Expunge an Arizona Marijuana Conviction? 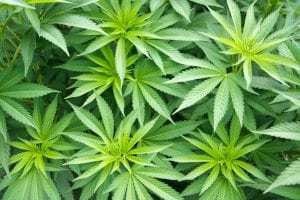 Beginning July 12, 2021, any person in Arizona can expunge most marijuana convictions. Let’s be clear: it is a total expungement. You do not need to reveal it on job applications, housing applications, etc., and it will not appear on background checks. On this page, I discussed how Arizona voters passed proposition 207 as well as what the benefits are of expunging your Arizona marijuana conviction. In this post, I will explain the process in place for getting your Arizona marijuana conviction expunged, and I will also talk about what you can do if you are currently on probation for a marijuana offense. Bretton Barber is a Phoenix lawyer who opened his practice in 2013 with a devotion to helping those set aside their convictions and restore their civil rights. He devotes his practice to vigorously ensuring that those convicted of crimes and have paid their debts to society are able to be full citizens again. He focuses on this area of law so that you may focus on your future. Contact us today to speak with an attorney.

Am I Eligible to Have my Arizona Marijuana Conviction Expunged?

What is the Process for Expunging my Arizona Marijuana Conviction?

The process for expunging your marijuana conviction in Arizona is laid out in A.R.S. § 36-2862. Once you determine you are eligible, the law states that you must petition the court where you were convicted to have your case expunged. Once the Court receives the petition, the court will notify the prosecutor’s office and they have 30 days to respond to the petition. The court has no choice but to grant the conviction unless the prosecutor’s office can show that the offense you were convicted of is not one of the offenses eligible for expungement. Once your expungement is granted, it is as if it never happened. You never have to reveal it again. Only you and your attorney will know about it.

What if I am on Probation for a Marijuana Conviction in Arizona after Weed became Legal?

Under Proposition 207 and A.R.S. § 36-2862, you can expunge a marijuana conviction and you are also entitled to have any pending charges that are now eligible for expungement dismissed. Unfortunately, neither the proposition or the law addresses what someone can do if they have already been convicted and are serving probation for doing something that is now completely legal. The good news is that we can file a petition with the court to discharge you from probation, and under the law, they will almost certainly have to discharge you from probation immediately. Additionally, any money you may owe from the conviction (such as the fines, fees, and surcharges) can all be waived. Finally, any remaining requirements of your probation (like community service) can also be waived, and the conviction can then be expunged.

Bretton Barber is a Phoenix expungement lawyer who aggressively fights for those who have been convicted of crimes, paid their debt to society, and no longer want to feel like second-class citizens. Mr. Barber recognizes how serious it is to have a weed charge on your background, and he will take it seriously. Contact us today.

In addition to Phoenix, we service Maricopa County areas such as Mesa, Glendale, Scottsdale, Chandler, and Gilbert as well as Pima County residents in Tucson.