Defending Against Allegations Of Rape And Sexual Assault In Phoenix, Arizona 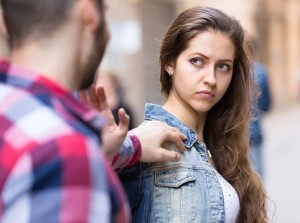 This is the second post in my series on defending against sexual related offenses in Phoenix, Arizona. My last post provided an overview of the topics which this series will be addressing and stressed the need to contact an attorney immediately if you find yourself facing such charges. Having counsel can help you to ensure that you end the case in the best position possible. In this article I will address another important topic – defending against charges of rape and sexual assault. If you find yourself in such a situation then contact my office to speak with a criminal defense lawyer.

While most of the people who claim rape or sexual assault are victims of a horrific crime, the fact of the matter is that such cases sometimes arise due to false allegations. Sadly, it is not uncommon for people to claim that they were attacked out of a desire to “get even” with an ex or to attempt to gain some type of an advantage in a divorce or child custody dispute. If you are facing false claims then it is easy to feel that the matter is “ridiculous” or that the case will simply go away after you explain to the Judge that the charges are false. Defendants who go to Court under this mindset can be shocked to learn that they are actually facing a very serious situation which can ruin their life in many ways. If you find yourself facing false charges it is important to immediately protect your interests.

An attorney can take steps to help Phoenix defendants defend against false charges. Such cases are often a matter of “he said, she said.” Counsel can look for holes in the claims being made, introduce evidence showing that a crime could not have possibly occurred, and present an argument to the Court that the alleged victim has motivation to lie. If these arguments and evidence are not properly presented then it is possible that you will not be able to raise them. For these reasons it is crucial to hire counsel experienced in such matters.

There are many issues which provide defenses in cases which involve sexual assault. Medical professionals will often use a rape kit as part of a medical examination. If the examination is not properly conducted, or if any obtained results are not properly handled, then it may be possible to keep the test results from being used in Court. The reason this is possible is because improperly collected or handled evidence may wrongly implicate a defendant. Other issues which arise in such cases include law enforcement illegally collecting evidence (such as clothing, text messages, or other communications) from a defendant. If evidence is collected in violation of one’s constitutional rights then it is also possible to keep such evidence out of Court. Again, an experienced attorney can assist in such situations.

Contact my office today to schedule an initial consultation. In addition to Phoenix, I also service other Maricopa County cities such as Mesa, Glendale, Scottsdale, Chandler, and Gilbert as well as assisting Pima County residents in Tucson.