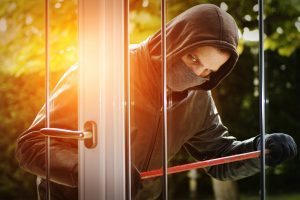 This is the first post in a series which will discuss the defending of burglary charges in Phoenix, Arizona. I have decided to write on this topic due to the fact that many have a misunderstanding of such charges. When people hear the word “burglary” they often think of someone breaking into a home or building and stealing property. While such conduct will result in charges, the truth of the matter is that many other forms of conduct can result in burglary charges. My goal with this series is to provide information which will help an accused to make an informed decision when selecting a criminal defense lawyer.

I will be addressing several topics over my coming posts. Topics I will look at include:

These are important topics for several reasons. First, many defendants are surprised when they find themselves facing burglary charges as the crime covers more types of conduct than many generally believe. Second, it may be possible to have such charges dismissed due to a violation of the Fourth Amendment by law enforcement. Third, it is important to understand the enhancements associated with the use of weapons such as guns, knives, etc.

It cannot be stressed enough that you should contact an attorney as soon as possible if you have been charged. Counsel can help you to understand the charges and will develop a strategy to be implemented as your case moves forward. As a Phoenix criminal defense lawyer I assist those who face burglary charges. Contact my office today to schedule an initial consultation. I also service other Maricopa County cities such as Mesa, Glendale, Scottsdale, Chandler, and Gilbert as well as assisting Pima County residents in Tucson.