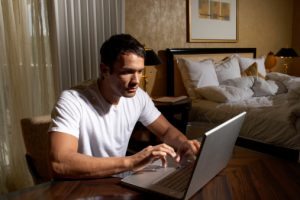 This is the third post in my series on the handling of sex related offenses in Phoenix, Arizona. My last article discussed defending against false rape charges. While most people who report rape are true victims, there are instances where someone faces charges due to false allegations. In this article I will discuss another important topic – defending against charges which relate to child pornography. Contact a criminal defense attorney immediately if you find yourself facing such charges.

Most child pornography cases arise from pictures or inappropriate materials being found on a defendant’s computer or smartphone. It is important to understand that law enforcement typically cannot search these mediums without first obtaining a search warrant. If a warrant is required, and police search your electronics without obtaining one, then they will have violated the Fourth Amendment by conducting an unreasonable search and seizure of evidence. It is possible to have illegally seized evidence excluded from Court proceedings. If the evidence against you is excluded then the pornography related offenses will often be dismissed as the prosecution will then lack necessary evidence.

There are very few instances in which Phoenix police officers or Federal agents would not need a search warrant to examine the contents of your computer or smartphone. In Riley v. California the Court held that a warrant was required to search a phone and this ruling would likely be applied to tablets, smartphones, etc. An exception to this rule would apply if police could show that evidence on the phone would be destroyed or lost if they were required to first obtain a warrant. Law enforcement, however, would be in possession of the digital device and would not have to worry about someone else tampering with it. This means that, under the current state of the law, a warrant will almost always be required in such instances.

If police illegally searched your digital device then the first step for your attorney is to file a Motion to Suppress Evidence. This is a formal request to the Court that any illegally seized materials be ruled inadmissible. The Court will hold a proceeding known as an “evidentiary hearing.” The officers who searched your device will testify at the hearing and your counsel will have the opportunity to cross-examine them. After testimony has concluded the Judge will decide whether or not the seized materials should be ruled inadmissible. This is a highly complicated process and it is important that you retain a Phoenix criminal defense lawyer to assist you.

Contact my office today to schedule an initial consultation. I also service other Maricopa County cities such as Mesa, Glendale, Scottsdale, Chandler, and Gilbert as well as assisting Pima County residents in Tucson.