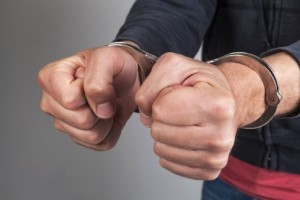 This is the first post in a series on dealing with sex related offenses in Phoenix, Arizona. I have decided to write on this topic due to the fact that many people accused of a crime believe that they are guaranteed of being convicted once charges are filed. The truth is that, besides domestic violence, perhaps no charge is based on false allegations as often as those involving sexual claims. Also, there are often avenues available to defend against such charges. My goal with this series is to provide information which will assist the accused in selecting a criminal defense attorney.

I will be addressing several topics over my coming articles. Issues which I will discuss include:

These are important topics for several reasons. First, sexual assault is sometimes based upon false allegations and, in other cases, there is often a dispute as to whether a crime actually occurred. Second, pornography related cases often involve search and seizure issues as well as constitutional concerns. Third, it is important to know what to expect from probation if one chooses to plead guilty. Finally, when deciding whether or not to plead guilty it is crucial to understand the types of registration requirements which accompany these types of cases.

It cannot be stressed enough that you should contact a criminal defense attorney immediately if you are charged with a sex crime. Counsel will immediately obtain all police reports, witness statements, and other evidence to begin analyzing the case against you. A qualified lawyer can help you understand your options, whether the case is possibly defensible, and which strategies should be pursued as the situation moves forward. Counsel will also help you to understand the possible ramifications of a conviction and will put a plan in motion to ensure that you come out of the situation in the best position possible.

I handle such cases in Phoenix and in other parts of Arizona. Contact my office today to schedule an initial consultation. I also service other Maricopa County cities such as Mesa, Glendale, Scottsdale, Chandler, and Gilbert as well as assisting Pima County residents in Tucson.