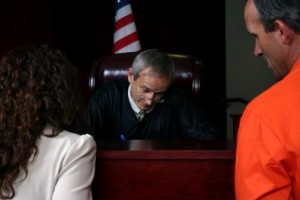 This is my second post in my series regarding defending against heroin related charges in Arizona. My last post gave an overview of the topics the series will cover. Phoenix Courts and the public at large consider heroin a very dangerous narcotic. Arizona categorizes it as a Schedule I drug, possession of which is a Class 4 felony. Heroin use has been on the rise and is considered a public health crisis. It is almost immediately addictive and can easily lead to accidental deaths. Therefore Arizona Courts take such charges very seriously. I cannot stress enough that you should contact an attorney immediately if you face such charges.

Simple possession of a small amount of heroin carries a maximum punishment of 3 years and 9 months in prison. The presumptive term is 2 years 6 months. That means that absent any mitigating circumstances discussions begin at that reference point. However, prosecutors do have discretion to charge first time arrestees possessing small amounts with a Class I misdemeanor, the punishment for which is a fine of $1000 or three times the street value of the drug, whichever is greater, and up to six months in jail. Usually any plea negotiations will involve treatment programs. I will discuss that in more detail later in this series.

Possession with intent to sell or distribute is a very serious felony in Arizona. It is a Class 2 felony and carries as many as twelve and a half years in prison. You may be charged with possession or sales even if the drugs are not on your person. If they are discovered in your house or car or anywhere within your control, you may be charged. You may also be arrested if you are with someone who is carrying the drugs and the police believe they can establish you knew or were complicit in the unlawful activities. It is in your best interest to immediately seek competent, experienced counsel after you are arrested on charges involving heroin.

Due to the very high penalties involved for heroin possession and sales cases, it is important that you seek a lawyer familiar with the local prosecutors and judges as well as all the local programs. An attorney can help guide you through the process without judgment, help you find any treatment you need and negotiate an outcome that will best protect your interests. Your lawyer will review all available evidence, including police reports and other witness statements and seek audio or video recordings depicting the events. Your attorney may also interview witnesses you suggest and hire any necessary experts to aid in your defense. If you have been unlawfully arrested, counsel can file legal motions to demonstrate the police acted wrongfully.

If you are innocent of the charges against you and wish to proceed to jury trial, you will need an experienced Phoenix trial lawyer to effectively cross examine the witnesses against you and mount a persuasive defense. I have extensive experience in local Phoenix courtrooms and will begin preparing your defense from the first meeting. Contact a criminal defense lawyer immediately if you are facing charges involving heroin. I also service other Maricopa County cities such as Mesa, Glendale, Scottsdale, Chandler, and Gilbert as well as assisting Pima County residents in Tucson.