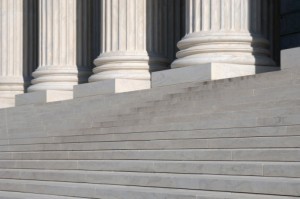 This is the third post in our series on the handling of federal criminal charges in Arizona. Our last article discussed the differences between state and federal court in criminal cases. It is important to understand the distinctions as different laws and processes apply. In this article we will touch on the topic of offenses which defendants often face and what to expect at your first hearing. If you are facing such charges then contact a Phoenix federal criminal defense lawyer immediately.

If you find yourself facing criminal charges in the United States District Court for the District of Arizona then it will be to face an Indictment alleging violations of federal law. Consult an attorney immediately if you face such charges. Common Federal criminal charges include:

It is important that Phoenix area residents charged with any of these crimes consult a qualified federal criminal defense attorney. Most people do not realize that agencies such as the United States Post Office (USPS) and Department of Homeland Security (DHS) conduct stings for child pornography. If you believe you have been the target of such an investigation, consider a free consultation with Barber Law Group. We have experience with the local ASUAs and can help you achieve a favorable result.

You are entitled to legal representation at your first court appearance. You will be appointed an attorney by the Federal Public Defender if you cannot afford private counsel. If you prefer counsel of your own choosing you are entitled to their presence at all hearings.

You will receive a copy of the Indictment at your initial Federal Court appearance. You may plead “Not Guilty” and the judge will set your bail. If you request bail then the Judge will consider the following factors:

These are the same factors considered in State Court. Please be sure to have answers to these questions ready. If the judge decides to set bail and you are unable to post the amount you will be remanded into the custody of the U.S. Marshals. It is best to consult an attorney before your initial appearance so you may weigh your options.

Call an experienced Phoenix criminal defense attorney for more information on how to fight federal charges in Arizona. Many lawyers do not practice in Federal Court so it is crucial that you find an attorney licensed in our District. Our firm also represents people in other Maricopa County cities such as Mesa, Glendale, Scottsdale, Chandler, and Gilbert as well as Pima County residents in Tucson and others throughout the state.