Charges And Penalties For Burglary In Phoenix, Arizona 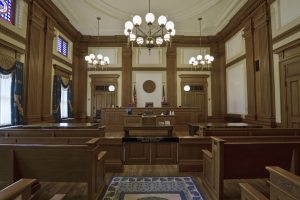 This is the second post in my series on the handling of burglary charges in Phoenix, Arizona. My last post provided an overview of topics I will be discussing and stressed the need to contact a criminal defense attorney if you find yourself facing such charges. It is important that you contact counsel sooner rather than later. In this article I will address another important issue – what it is that constitutes “burglary” and the penalties associated with the offense.

Many people think of a night-time robber sneaking in through a home window when they hear the word “burglary.” In truth, the offense is committed anytime someone enters a building with the intention of committing a crime while inside. It does not matter if the building is a residence or a commercial building such as a store. Also, it does not matter if the crime is actually committed; simply entering the building with a criminal intent is enough for the prosecutor to bring charges. Many defendants are surprised to learn that the concept of burglary is so broad.

Just a few examples of conduct which can constitute burglary include:

Burglary charges will be brought for such conduct and they will be “stacked” on the crime committed while inside the structure. In other words, Phoenix residents who enter a store and commit an armed robbery will face two separate charges – one for burglary and one for armed robbery.

Those arrested for burglary will face felony charges. Depending on the circumstances the defendant will either be accused of a Class 4, a Class 3, or a Class 2 felony. A Class 4 felony carries a sentence of thirty months in prison. A class 3 charge will carry a maximum of forty two months while a Class 2 charge will carry a sentence of sixty months. These are on top of the sentences and fines which may be imposed for offenses committed along with the burglary. If the Judge chooses to run sentences consecutively, rather than concurrently, then the accused may have a lengthy term of incarceration.

If you have been charged with burglary then contact my office today to speak with a Phoenix lawyer. I also service other Maricopa County cities such as Mesa, Glendale, Scottsdale, Chandler, and Gilbert as well as assisting Pima County residents in Tucson.